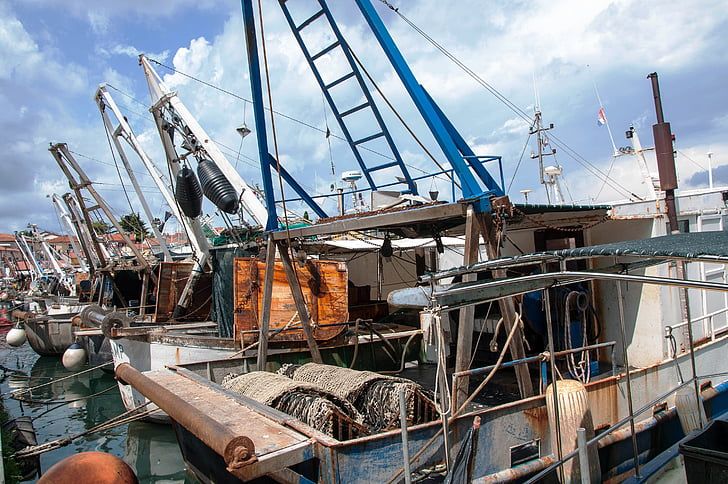 The Difference Between Towing and Salvage

Hundreds of boaters discover the difference between contract towing and salvage every year. The boat owner is often surprised when he receives a bill for a salvage reward instead of a bill for towing services, and the difference can be enormous. A typical towing bill is based on the hourly rate of the towing company. A salvage reward bill, which is usually based on a salvor's claim that he is entitled to be generously rewarded for saving property from damage by a marine peril, is usually much larger despite the fact that these types of bills can be considerable. It is common for salvagers to base their claim on a percentage of the value of the salvaged vessel. A percentage of 1 percent to 100 percent can be used. If boat owners read this article, they will be better prepared to handle a crisis if they are aware of the differences between towing and salvage, and they will be able to make an informed choice between accepting salvage services or forming a marine towage and recovery contract.

Marine salvage law has existed in one form or another since the Middle Ages. Historically, the law of marine salvage has been intended to reward those who voluntarily help vessels in distress to preserve persons and property from destruction. In the past, most ships at sea were engaged in commerce, which gave rise to marine salvage laws. It takes an incentive for a ship operator to consider making a side trip to help a person or vessel in distress and incur additional expenses to make the effort worthwhile. International treaties and maritime law have provided such an incentive in the form of rewards for successful salvors. Marine towing Tampa can help if your boat is stuck, call Flagship Towing today.

Three requirements must be met before a salvor can claim a salvage reward.

There must be (1) a marine peril, (2) voluntary service, and (3) success in saving lives or property. Once these three requirements are met, the salvor may claim his reward from the owner of the salvaged property. According to the circumstances of the salvage situation, the reward size will vary from case to case. Boaters often assume that they don't need to learn about marine salvage because they own only a 25-foot runabout. Marine salvage laws apply to any vessel on navigable waters, including canoes and ocean liners. The vessel does not need to be engaged in commerce. Recreational vessels (except those on landlocked lakes and ponds) are subject to salvage reward claims.

It is not necessary for a salvor to be a professional tower/salvor or to be engaged in commerce. Passing boats (known as "chance salvors") and professional salvors are both eligible for salvage rewards. Their only difference is the size of their rewards, as professional salvors are typically entitled to receive a higher reward for their time and money invested in purchasing and maintaining their equipment, keeping up a radio watch, and being ready to assist boaters in distress at any moment.

Before a salvage claim can be asserted, it must exist an underlying marine peril. If a vessel in distress is left subject to wind, waves, weather, and tide without prompt salvage assistance, a marine peril is almost certain to cause damage to the ship. Fire, collisions, leaking/sinking, grounding, and distress related to mechanical breakdowns and equipment failures are examples of such circumstances. Several professional marine towing and salvage companies have unwritten policies defining what situations and perils qualify as a salvage situation rather than a towing situation in order to simplify life on the water. Marine salvage companies often send a bill for a salvage reward for any job that involves more than one towing vessel (like a "hard grounding") or a job performed in hazardous circumstances (like fog, shoal water, or storms). There are no such policies adopted by other marine towing and salvage companies, so they consider every job involving the slightest peril to be salvaged unless there is some other agreement with the boat owner.

It is important not to exaggerate the need for salvage services to be voluntary. Voluntary behavior only requires that there be no pre-existing contract between the salvor and the vessel in distress. Salvage claims cannot be made if a tower has a contract to perform the work. Salvors who are statutorily obligated to render assistance, such as Coast Guard members, police officers, and firefighters, are another exception. Due to the fact that their service is not considered voluntary, they cannot present a salvage claim.

Salvors often offer boat owners a "No Cure, No Pay" contract when they arrive at the scene of a potential salvage job. As part of a "No Cure, No Pay" contract, the boat owner usually agrees to some form of binding arbitration, which will determine the appropriate amount of the salvage reward relatively quickly. Furthermore, the boater acknowledges that the services being provided will be the basis for a salvage claim and that the salvor will be entitled to a lien on the boat. Even if a "No Cure, No Pay" salvage contract exists, and even if there is no towing agreement or another contract, a salvor is still entitled to a reward if he is successful. In the absence of a "No Cure, No Pay" agreement, if the boat owner disagrees with the amount of the claim, the salvor will have to go to court to get paid.

Salvage rewards are extremely difficult to set because every salvage situation is different. A court of admiralty will set the reward if there is no "No Cure, No Pay" agreement calling for arbitration. The Salvage Convention of 1989 (SALCON 89) is signed by the United States. The purpose of this treaty is to standardize salvage law internationally. For a salvage reward amount to be determined in accordance with SALCON 89, ten criteria must be considered by the court or arbitrator. There is a maximum reward amount of post-salvage value for the vessel.

Ten criteria are listed below, in no particular order:

Salvors sometimes save a vessel, only to find that it is a constructive total loss, or that its post-salvage value is too low to pay a meaningful salvage reward. A salvor who salvages nothing of value during a constructive total loss will not be entitled to any salvage reward. Salvors will, however, receive "Special Compensation" - a new form of compensation adopted by SALCON 89. Salvors must continue to exert their best efforts to minimize environmental damage (primarily oil pollution) even if saving the vessel is hopeless by receiving "Special Compensation". The salvor is entitled to recover the fair value of his out-of-pocket expenses, plus a fair rate for the equipment and personnel he actually used. Salvors can recover up to 130 percent of this amount if they minimize environmental damage. Salvors may receive up to 200 percent of this amount in extraordinary cases where a court or other tribunal deems it appropriate.

Towing and salvage are two different things. Most boaters are surprised when they receive a bill for a salvage reward instead of for marine towing or other services based on an hourly rate when they do not know the difference. A small change can have a big impact.

The boat owner may prefer to make a contractual arrangement rather than accepting salvage services and the inevitable claim for a salvage reward if he has time to work with a marine contractor on an hourly basis. According to SILICON 89, a boat owner has the right to refuse salvage services. When the boat owner has the time to hire a marine contractor of his choice on a contractual basis rather than accept the services of a salvor, and where a small delay will not overly exacerbate the risk to his property, it is more advantageous to hire a marine contractor who is willing to work for a conventional fee. Before allowing salvage to take place, the boat owner should consult his insurance company. It may be possible for the insurer to recommend marine contractors in his area or to make other useful suggestions. Nevertheless, if the boat is in immediate peril and there is no time to consider an alternative, hiring a marine salvor is often the only option. It is not appropriate to deny a salvor's services in such circumstances (but the boat owner must be prepared for a substantial bill for a marine salvage reward).

I hope this article has helped clarify the differences between marine towing and marine salvage. When his boat is exposed to a marine peril, a recreational boat owner must be just as astute as a seagoing Captain when making his choice of remedies. Marine salvors should still be considered "good Samaritans" of the sea. Their services are valuable and necessary. Only boaters who do not understand the difference between hiring a contractor on an hourly basis and accepting a salvor's services misunderstand the voluntarily offered services. Getting your agreement in writing prior to the marine contractor's work begins is the only way to avoid surprise and confusion - and to be sure you will receive a bill for services rendered instead of a salvage reward bill. If you have a signed agreement for services at an hourly rate, then you should be able to keep track of the costs of those services as they are incurred, and you should not worry about receiving a huge bill for a salvage reward based on a percentage of your vessel's value in the event of a collision.